In this post, I discuss how time-slot collisions in a meeting scheduling application can be resolved. First, I discuss the business logic of determining a ‘time-slot conflict’. Second, I explain why we need transactions to prevent scheduling of concurrent conflicting meetings. Finally, I do a deep-dive on the different levels of isolation provided by database systems, to better understand why simply using transactions (with their default set-up) does not guarantee against conflicting meetings.

This project supports the following features:

The system interacts with the user on the Command Line.

The system guarantees that a meeting should be permitted to be scheduled only if every participating user and the respective room have no time-slot conflict. Even if one entity has a conflict, the system will reject the request for setting up the meeting and prompt the user to try again.

For the purposes of time-slot conflict-resolution, the system treats users and rooms alike.

What constitutes a time-slot conflict? Simply put, it refers to a situation where a single user or room is assigned to more than one meeting at any given point of time.

With respect to a meeting for a given time-slot A (with a start-point ‘s’ and an end-point ‘e’), there can be five types of time-slot conflicts, as shown below. 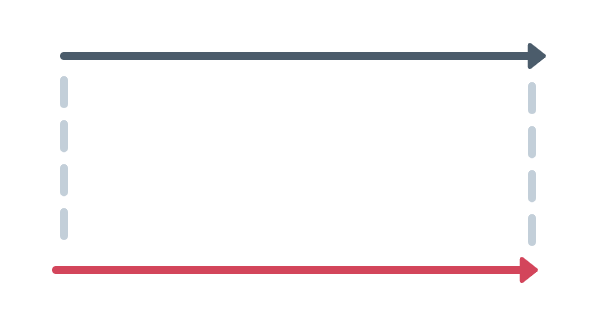 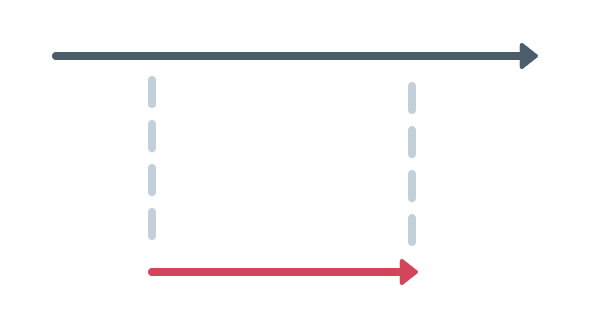 In each of these cases, there is a time-slot conflict, i.e., at least one point where there are two simultaneous meetings.

How to Resolve Time-Slot Conflicts?

Obviously, if the parties involved in two meetings with conflicting time-slots are distinct and separate, there is no issue. The system will allow both the meetings to continue.(Note here that when we use ‘participants’, we include both users and rooms).

Thus, only if there is at least one common participant between the two conflicting time-slots, do we need to be careful. Thus, at the time of scheduling each meeting, we need to check if there is any potential conflict with respect to any of the participants of the meeting. This can be done using the following SQL query:

In the above example, (entity1, entity2... entityN) represents the list of all the participating entities of a proposed meeting and start_point and end_point represent the two end-points of the time-slot of the proposed meeting.

At the time of creating a new meeting, we run this query on our database. If this returns a non-empty response, it will signify a conflict and the system will prevent the creation of the meeting

In an ideal world, we follow a two-step process while creating a new meeting:

This approach has one downside: if there is more than one system trying to write to the database simultaneously, the database may change its state between step one and step two above. For example, let’s say there are two systems attempting to simultaneously schedule the same meeting with the same time-slot and entities. It is possible, that read-write sequence interleaves in the following manner:

Thus, we need to take an all-or-nothing approach while reading and writing. This can be achieved by using transactions.

What is a Transaction?

Simply put, a transaction represents a single or atomic unit of work performed by a database management system. A transaction is typically used to group multiple reads and writes into one logical unit. Because of their atomic nature, transactions cannot be broken down into its constituent actions: if, in the middle of a transaction, an error or failure takes place which prevents the transaction from being successfully completed, the database will rollback all the intermediate operations of that transaction.

This is very useful for our use-case, as we can use transactions to ensure an all-or-nothing approach while scheduling meetings: if our reading and writing operations form part of a single transaction, we can potentially prevent partial failures, like the one discussed above.

Every database transaction has four key properties: atomicity, consistency, isolation and durability (commonly referred to as ‘ACID’). These ACID properties guarantee data validity even in the events of failures, errors and other mishaps.

Atomicity: Every operation in the transaction should either all succeed (also called ‘committed’) or all fail. Partial failure or partial success is disallowed. Without the atomicity guarantee, if an error or a failure takes place during a transaction, it can get very difficult to reason about which operations were successful and which need to be tried again.

Consistency: If the database is consistent before execution of a transaction, it should remain consistent after the transaction has been committed. In other words, a transaction should take the database from one valid state to another. If there are any rules or invariants enforced on the data, they should continue to be respected after a transaction is completed. (In fact, consistency is a property of the application layer instead of the database system itself, as the latter cannot prevent the violation of invariants if the application feeds improper or erroneous data. For this reason, it is said that “the letter C doesn’t really belong in ACID” [1]).

Isolation: Often, a database needs to execute multiple transactions concurrently. This property provides a guarantee that concurrent transactions will be executed as if they were sequentially or serially executed. In other words, the goal of isolation is to ensure that simultaneous transactions making writes on the same set of objects (rows) of a database should not step onto each other’s toes.

To fold multiple queries into one transaction, we should place them between BEGIN and COMMIT commands. During the middle of a transaction, if our application layer needs to withdraw a transaction,we should use ROLLBACK instead of COMMIT.

Here’s how the SQL expressions for scheduling a meeting can be written as a part of one transaction:

Given the guarantees provided by transactions, we should expect that our application does not schedule conflicting meetings. To test this hypothesis, we can set up a test that makes concurrent and identical queries on the database. To implement this test, I’ve used the worker threads module, to create n number of worker threads that make the same query on the database. See the test here: https://github.com/oitee/meetings/blob/33aab6b/test/concurrent_requests.js

When I ran this test for the first time, it passed. But when I ran the same test sequentially for ten times (using for i in `seq 1 10`; do npm test; done), it failed twice out of the ten times. For the next ten tests, it failed three times out of ten

To better understand why my tests were failing sporadically, it is important to understand that databases enforce different degrees of isolation among concurrent transactions. Note that, ‘isolation’ was described above as a guarantee that the database system will execute concurrent transactions in such a manner that it will appear as if they were executed serially, i.e., one after the other. In fact, serial isolation (i.e., converting multiple concurrent transactions into a set of sequential transactions) is rarely used in practice. This is because serializable isolation has substantial performance costs which can slow down the response time of a database system. For this reason, most databases provide weaker levels of isolation:

“Even on a single-node database, the penalties associated with providing serializability can be severe, including decreased concurrency, reduced performance, and the possibility of deadlock. Accordingly, since the earliest database systems such as System R in 1976, databases have provided a range of user configurable “weak isolation” properties. These properties do not guarantee serializability but offer benefits such as increased concurrency and ease of implementation.” [1].

‘Read committed’—the first (or weakest) level of isolation—provides guarantees against dirty reads and dirty writes. This is the default isolation level in PostgreSQL.

Read committed will not be adequate for our use-case, as our application does not rely on dirty reads or writes.

Snapshot isolation level is typically referred to as ‘repeatable read’ in SQL. However, these two terms are not exactly identical.

In addition to preventing dirty reads and writes, snapshot isolation also prevents non-repeatable reads: re-reading the same set of rows will not yield a different result.

Also, PostgreSQL’s implementation of repeatable read automatically detects lost update. A lost update happens when two concurrent transactions read the same row(s), modify the data and write that modified data on that row(s) (read-modify-write cycle). When two such transactions are executed concurrently, one of the writes will be lost. Take the example of a database that maintains counters. Each transaction is required to read the data of the counter, and increment it by one and write the new data onto the database. Now if two transactions are fired at the same time, they will both read the same value, and they will both update the counter by one. So, while we made two queries for incrementing the value of the same counter, the value actually got increased once. (The other increment was ‘lost’). (I had encountered this particular problem while generating counters for my URL shortening application. Read here).

Other than these explicit ways, PostgreSQL also automatically detects if there is a lost update during a repeatable read transaction.

Snapshot isolation will not be adequate for our use-case, as working with consistent snapshots cannot prevent parallel (and concurrent) transactions from making the same writes. Lost update seems close enough to our use case. However, as our writing operation is akin to creating a new row (as opposed to updating an existing row), Postgres cannot automatically prevent concurrent insertions of the same meeting.

“Serializable isolation is usually regarded as the strongest isolation level. It guarantees that even though transactions may execute in parallel, the end result is the same as if they had executed one at a time, serially, without any concurrency. Thus, the database guarantees that if the transactions behave correctly when run individually, they con‐ tinue to be correct when run concurrently—in other words, the database prevents all possible race conditions.” [1]

There are three alternative implementations of serializability:

In the case of lost updates (involving a read-modify-write cycle), an easy fix is to use explicit locks on the relevant rows. However, what happens when the first read operation looks for the absence of rows (meeting a certain criteria)? If this criterion is met, i.e., if no rows exist meeting a certain condition, we write the database by inserting a new row. In this case, there is no row we can explicitly lock to prevent a write skew or a lost update. These kinds of concurrency issues are called ‘phantom reads’ and this is exactly the reason why our tests often fail. Because of its nature and the guarantees it provides, serializable isolation can consistently prevent phantom reads.

Let’s summarize the different levels of isolation and the respective guarantees they provide:

We need to use serializable isolation for our meeting scheduling application, as we know that phantom reads are possible when concurrent transactions try to schedule meetings on the database. So, here’s the modified SQL query for inserting a new meeting on the database:

When we use the above query, our tests pass, consistently.