Kicking Around Packets: Understanding How the Internet Works

In this post, I try to answer the question “What is the internet and how does it really work?”

Before going into further details, here is a useful list of some of the key terms used in this article.

The internet is a network of networks.

Each end-system accesses the internet through an Internet Service Provider (ISP). An ISP is typically a telecom company providing internet service to end-users.

Each ISP has its own network. The overarching goal of the internet is to enable any two end-systems to communicate with each other, irrespective of where they are situated. Thus, it is not practically feasible for one ISP to provide a direct line of communication between every pair of end-points. Instead, networks have inter-connections with each other. In other words, each network interacts with one or more networks to deliver a message. Here’s how Wikipedia defines ‘inter-networking’ 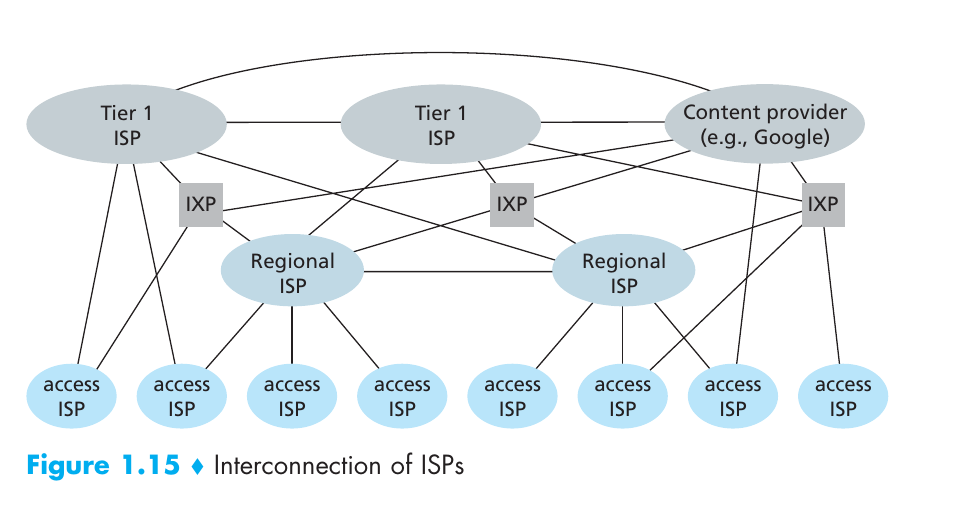 How the Internet Works: Kicking Around Packets

Largely, this is how the internet works: when a piece of information needs to be sent from one end-system to another, the information is divided into several segments, called packets. These packets are then sent to the destination end-system through the internet, which comprises several communication links and packet switches.

Communication links are the physical media through which packets are transmitted. Examples include optical fibers and twisted copper wires.

Each packet switch has multiple communication links attached to it. Packet switches take each packet it receives on any one of its attached communication links and forwards them to another one of its attached communication links. There are two main types of packet switches: routers and link-layer switches. While both forward packets towards the destination host, link-layer switches are used for connecting devices within a network. They are mostly used at the access network (for connecting a device to an access ISP). On the other hand, routers are used in the network core, i.e., for sending packets across networks. As both link-layers and routers do the fundamental task of forwarding packets towards the destination end-point, the rest of this article will refer to packet-switches as routers.

On the destination end-system, the original message is re-composed by re-assembling all the packets. This is similar to how cargo gets delivered over roads. First, you divide the delivery goods into small packets and load them onto trucks. Then each of these trucks travel on high-ways (communication links) and at each intersection (packet switches) they are redirected to the next highway, which will eventually take them to their destination.

To ensure consistency, each actor involved in the exchange of information over the internet, are governed by a set of protocols. Two of the most fundamental protocols are the Internet Protocol (IP) and Transfer Control Protocol (TCP).

Here’s a brief description of how a bit gets “kicked around” between two end-systems:

“Consider a bit traveling from one end system, through a series of links and routers, to another end system. This poor bit gets kicked around and transmitted many, many times! The source end system first transmits the bit, and shortly thereafter the first router in the series receives the bit; the first router then transmits the bit, and shortly thereafter the second router receives the bit; and so on. Thus our bit, when traveling from source to destination, passes through a series of transmitter-receiver pairs” (Source)

A layered approach to Understanding the Internet

Given the complexity and the numerous moving parts involved in the working of the internet, it is more elegant to organise the many happenings between two hosts, as a series of top-down layers of protocols.

“To provide structure to the design of network protocols, network designers organize protocols—and the network hardware and software that implement the protocols— in layers.”(Source)

To understand this layered architecture, it is important to note that at each layer, the protocol provides some service to the layer above, by performing certain actions and by utilising the services provided by the layer immediately below it

A layered architecture provides the advantage of simplifying the architecture of the internet by breaking it down into specific, well-defined parts, each of which performs a specific task by depending on the service provided by the layer beneath it. More importantly, it adds modularity to the entire system, thereby allowing one to modify the implementation of the service provided by a specific layer, without affecting the rest of the system (so long as the modified implementation provides the same service and depends on the same layer to provide that service).

A protocol layer can be composed solely of software (application and transport layer), hardware (physical layer and data link layer) or a mixture of both (network link)

Here’s a brief summary of what each of the protocol layers do:

Here’s an Analogy involving a King and a Queen

Before moving forward and delving into the details of each protocol layer, it would be convenient to take an analogy to better understand the services provided by each layer. Let’s go back to a time before the advent of modern communication technologies: a world where one relied on postal services to send messages over a large distance. Now let’s imagine the King of a distant kingdom—presently at the battlefield—wishes to send a letter to his beloved Queen—presently residing at the Royal Palace. Let’s follow how the letter gets delivered to the Queen, from the prism of the five network protocol layers.

Now, let’s try to understand how each of these layers actually work.

First, it is important to understand what a ‘network application’ is. It is a program that runs on one host and communicates with another host, using the internet. In fact, programs running on different hosts, communicating over the internet are called processes:

“In the jargon of operating systems, it is not actually programs but processes that communicate. A process can be thought of as a program that is running within an end system” (Source)

Now each process sends and receives messages over the internet by using a programming interface called the socket. Sockets act like doors- when the network application needs to send a message across the internet, it simply delivers it across the door, with the expectation that the rest will be taken care of by the network. Sockets in an end-system are identified by port numbers

In fact, sockets are the interface between the application layer and the transport layer.

Now, coming back to the application layer itself, it is defined as the “communications protocols and interface methods used in process-to-process communications across an Internet Protocol (IP) computer network”(source). Mainly, the application layer protocol standardized the manner in which data should be exchanged between two hosts. It does not deal with how this data will, in fact, be transferred.

It is important to note that the transport layer protocols are implemented in the end-systems (or hosts). They are not implemented by intermediate routers or communication links.

In the internet, there are two transport layer protocols both of which can transport application layer messages:

The transport layer protocols convert each application layer message into several transport layer packets called segments each of which is then sent across the network layer, via the routers and links.

The Internet Protocol (IP) is the only network layer protocol of the internet. The IP implements a best effort service, meaning that while it makes a “best effort” to deliver segments between hosts, it does not make any guarantees regarding their delivery, i.e., the IP cannot guarantee the eventual delivery of a packet. Neither can it assure that the packets will be delivered in an orderly fashion nor that there will not be any tampering of the packets in the process of transmission.

The network layer protocol converts the transport layer segments into network layer segments called “datagrams”. Each datagram contains the address of the destination host. Once this is done, the source host pops each datagram into the network, i.e., it sends the datagram to its nearby router. For this datagram to reach the ultimate destination host, it needs to traverse through several routers. Each router forwards a datagram that it receives in any of its input links to the next appropriate router. The determination of which router to forward the datagram to, is done by looking at the destination address and its own forwarding table. Thus, to send one packet from one host to another, each router has to make a local decision that is compatible with its next router. In this way, we get a global convergence on packet delivery using a series of local decisions at the router-level.

Note that routing, i.e., the route or path that a packet will traverse within the network layer, is implemented by each router and is not determined by the end-systems. This is very convenient, as it insulates the host application from the changes in the internet’s routing architecture. (RFC1122) This is a direct consequence of having a modular protocol stack.

Also, as another corollary of the modular architecture of the protocol stack, routers remain stateless. They do not maintain any state of the end-to-end flow of information. Each router inspects the IP address of the destination of a packet, and determines the next router to forward it to. This enables the effective utilization of redundant paths: two packets headed for the same destination, may take two different routes.(RFC1122)

The physical layer provides the service of transporting each individual bit of a given frame from one node to the next. The protocol of this layer will depend on the actual link connecting the two nodes. In other words, physical layer protocols determine how to encode digital information and transmit them across a communication link.

As shown above, the network layer does not make any guarantees regarding delivery of messages. It is the job of the end-systems (transfer layer and application layer) to ensure integrity, encryption and orderly delivery of information. Thus, as lower layers of the protocol stack do not implement complex functionalities, the internet is designed as a “dumb” network that relies on “smart” end-systems to carry out complex tasks. To put it in another way, the lower level actors (routers) perform simple tasks efficiently, while higher level actors are expected to use the services of the lower level actors to perform complex tasks. By pushing the complexity to the edges, the internet can be scaled to be compatible with any kind of network or device.